I have had some pretty shitty days in my time but Saturday the 18th of July 2020 by far topped the shitty day record.

I am sharing this story to support other parents who may recognise similar signs.

Arabella has been sick the last several weeks and was confirmed with both adenovirus and rhinovirus so we had a doctors appointment booked in for early Saturday morning.

Arabella and I had a beautiful morning together filled with giggles and at 8:30 I got her up and prepared her breakfast.

One of her faves, mashed banana, peanut butter and baby rice cereal…a meal she has had many times before.

After 3 mouthfuls she started to get irritable. She started crying and rubbing her face. Not an uncommon behaviour for Arabella when she is tired. She was rubbing vigorously and then started scratching her face and made it bleed. I got a cold towel and cleaned her hands and face then held one against her face to reduce the redness. Arabella suffers from mild eczema on her face so at this point I assumed it was all related.

Within a few minutes I noticed some raised welts on her neck and at that point I realised she was having an allergic reaction. I called the doctor to ask if we should come straight to them or to women’s and children’s. My regular GP suggested the reaction may have been a result from the virus so to head there and she would give some Zyrtec and monitor. So that’s what we did. 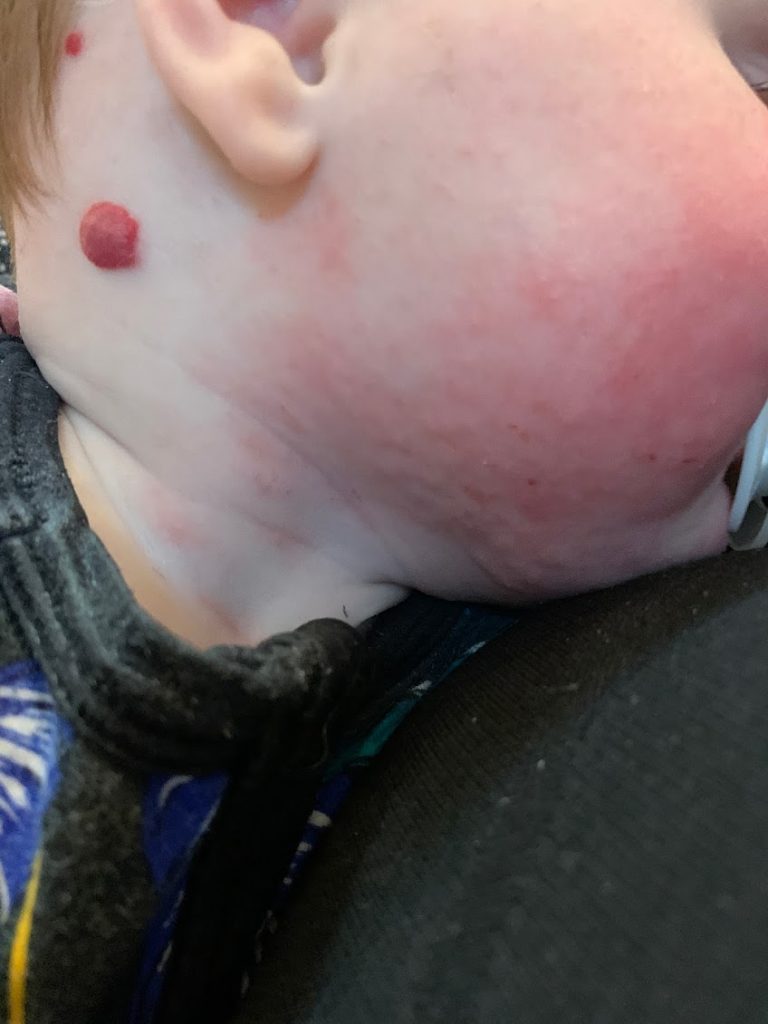 Arabellas breathing still remained the same however we now noticed that her lips started to swell up. My mum sat in the back with Arabella to continue to monitor her breathing. 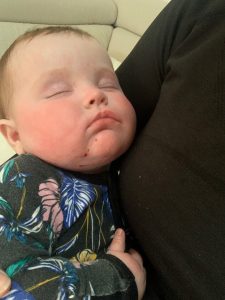 When we arrived she was given Zyrtec right away but within minutes her entire face was swollen and the rash had spread down her back, chest and arms. Our GP gave her an adrenaline shot and called 000. 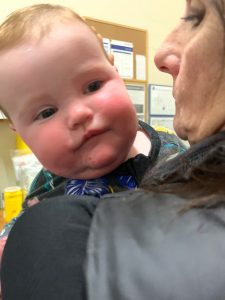 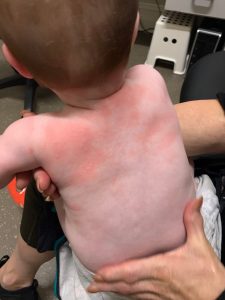 By the time the paramedics had arrived her condition had worsened considerably.

She started to become non responsive.

Still breathing without struggle but floppy and limp. A 3rd paramedic was called who arrived in an intensive care retrieval car. They were prepared for the worst.

By the way at this point I was pretty much non responsive along with Arabella.

I’m surprised they didn’t have to call me an ambulance. Safe to say I was not strong through these moments but was so grateful that my mum was with us. She remained calm through the whole process.

The paramedics gave Arabella another 2 shots of adrenaline and rushed her to hospital. She even had lights and sirens. 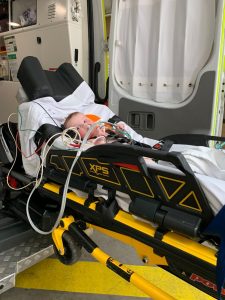 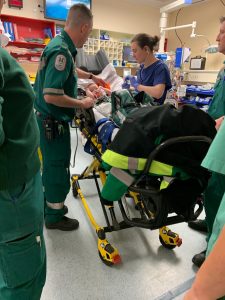 When we arrived at Women’s and Children’s Arabella was taken straight to the resus room where we met 9 different doctors and nurses. Arabella was monitored and we stayed for 7 hours.

Apparently after an anaphylactic reaction you can have a second episode within 4-6 hours so she required monitoring. She also had the same amount of adrenaline as an adult so she was peaking. 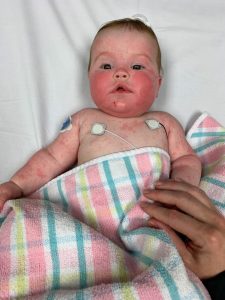 As a result from the whole episode we have walked away with an anaphylactic plan, 2 epi pens and Zyrtec (which we actually had to get telfast because Zyrtec only comes in banana flavour and we are unsure at this stage if banana took part in her reaction). We also brought home a much better looking babe to what we took in. 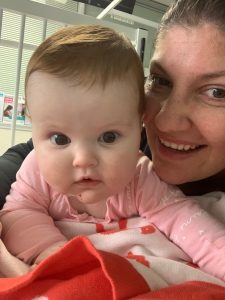 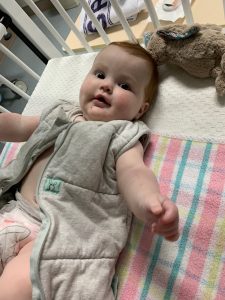 We are so grateful for the paramedics, doctors and nurses who all took such great care of her.

It was a horrific experience and one I never want to be part of again but I did want to share our experience to support other parents who may experience or notice similar signs and symptoms.

If you can, act quickly. Don’t hesitate. Let your mumma or daddy instincts kick in and call 000 (If you are in Australia). 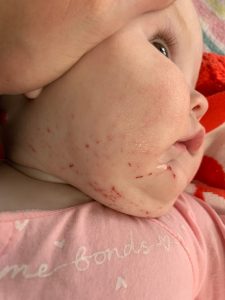 This is the damage she had done to her skin from scratching it so much. She must have been so uncomfortable 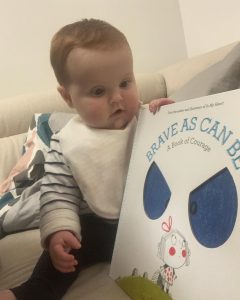 Our beautiful baby girl the next day. This book ‘Brave as can be’ is a perfect way to describe our little superstar.